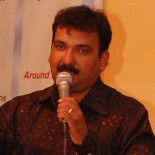 Old Testament – Today we read about the Ark of the Covenant being brought into the Temple!

Solomon’s prayer in today’s readings is awesome!  Verses 12 & 13 at the start of the prayer are interesting to contrast with a later verse: “Then Solomon prayed, “O LORD, you have said that you would live in thick darkness. But I have built a glorious Temple for you, where you can live forever!”  These verses seem quite bold and confident…  and maybe even seem to our modern ears that Solomon is trying to put God “in a box.”  But, then I was very pleased to read Solomon say this in verse 27 – “But will God really live on earth? Why, even the highest heavens cannot contain you. How much less this Temple I have built!”  Clearly, Solomon gets it that God is bigger than the Temple and that God does not “need” the Temple for a home.  But, as we read about the cloud of God’s presence coming into the Temple, it is apparent that God is certainly pleased with the Temple. I think God was pleased that the Israelites were building a Temple to honor God and his name & fame.  It was a Temple for God.  And though God did not “need” it, I think he appreciated it.  I think God appreciated “King” Solomon and the Israelites praying to and honoring God as the true King of Israel.

Below is an image of Solomon’s prayer and the dedication of the Temple:

New Testament – Today is a sad day of readings as we read about the stoning of Stephen – the first Christian martyr.  Verses 59 & 60 are incredible and reminiscent of Jesus on the cross: “And as they stoned him, Stephen prayed, “Lord Jesus, receive my spirit.” And he fell to his knees, shouting, “Lord, don’t charge them with this sin!” And with that, he died.”

Below is Rembrandt’s “The Stoning of Stephen” from the year 1625:

In verse 58 we are ominously introduced to who we now know as Paul, the author of many of the epistles in the Bible:  “The official witnesses took off their coats and laid them at the feet of a young man named Saul.”  This laying of coats at Saul’s feet may be signifying that Saul was the highest official at the stoning of Stephen and may be signifying that Saul gave permission for this stoning of Stephen to occur.  Saul is Paul’s Hebrew name.  Paul is his Greek name.  (which is a significant distinction, as Paul’s ministry reaches out to the Gentiles, including the Greeks – hence going from the Hebrew name Saul to the Greek name Paul is significant)   In a few chapters ahead we will learn about Saul’s encounter with Jesus and how his persecution of Christians will soon take a dramatic U-turn…   Take a look at the cloaked figure in the image below to the left – this looks to me to be Saul watching over the stoning of Stephen with coats laid at his feet.  (and I think Saul is in Rembrant’s painting above to the left on the horse)  God has an amazing conversion for Saul coming up…

Bible.org’s commentary on today’s readings in Acts titled “The Stoning of Stephen” is at this link.

Psalms – Psalm 129 is a prayer for the continuing withering of Israel’s enemies and verse 4 likely represents a celebration from Babylonian captivity – “But the LORD is good; he has cut the cords used by the ungodly to bind me.”

Proverbs – Proverbs 17 verse 1 is so very wise… “A dry crust eaten in peace is better than a great feast with strife.” I don’t know about you, but this Proverb hits home.  I have eaten very simple meals in peace that have been so beautiful.  And I have also eaten at great feasts filled with drama and angst and strife.  The world may preach to us that the latter is better – the feast with all it’s drama.  But, I think the still small quiet voice of God through the Bible indicates the former is better.

This is from Daniel chapter 5 verses 1 through 6 – “King Belshazzar gave a great banquet for a thousand of his nobles and drank wine with them.  While Belshazzar was drinking his wine, he gave orders to bring in the gold and silver goblets that Nebuchadnezzar his father had taken from the temple in Jerusalem, so that the king and his nobles, his wives and his concubines might drink from them. So they brought in the gold goblets that had been taken from the temple of God in Jerusalem, and the king and his nobles, his wives and his concubines drank from them. As they drank the wine, they praised the gods of gold and silver, of bronze, iron, wood and stone. Suddenly the fingers of a human hand appeared and wrote on the plaster of the wall, near the lampstand in the royal palace. The king watched the hand as it wrote.  His face turned pale and he was so frightened that his knees knocked together and his legs gave way.”

Below is an image of a “strifeful feast” to say the least from the artist Rembrandt again.

Please join us in memorizing and meditating on a verse of Scripture today: “Better a dry crust with peace and quiet than a house full of feasting, with strife.” Proverbs 17:1 (NIV)

Comments from You & Questions of the Day:

For More Teachings And Articles Visit Our Website: http://www.wmtlc.org